The closest galaxy to our own is the furthest object that can be seen with the naked eye. It is 2 million light years distant, so by simply looking at it you are looking 2 million years in to the past. In even a moderately dark location it is revealed as a smudge in the sky in the constellation of Andromeda. There are a number of ways to find it, but here are two popular methods. As a rough guide, take the deeper “V” shape on the “W” of Cassiopeia. This roughly points towards the Andromeda galaxy as illustrated below 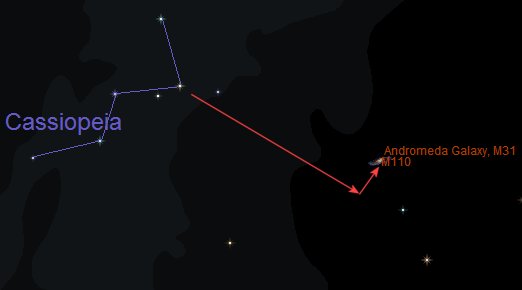 Another popular way to find M31 is by star hopping from Alpheratz, a corner star of the great square of Pegasus. Take the side of the square of Pegasus that faces the “W” shape of Cassiopeia and then go to the star at the top of this edge (Alpheratz). Starting from Alpheratz, hop two brightish stars up to Mirach, then hop one step to a fainter star at a right angle to Mirach as shown below. Andromeda will be one further hop the same distance in that direction as shown below. 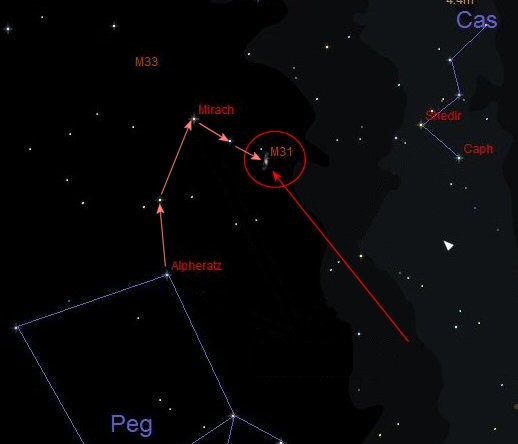